At Bernards Heath Infant and Nursery School we share our days with children who are just starting to find their place in the world. Our school is a happy, safe learning environment that actively promotes curiosity, challenge and creativity.

We are proud of our school and the strong relationships we have with our families. We celebrate kindness, respect and individuality as we strive to be the best versions of ourselves.

Our children develop enquiring minds and the skills needed for lifelong learning through an active and engaging curriculum. 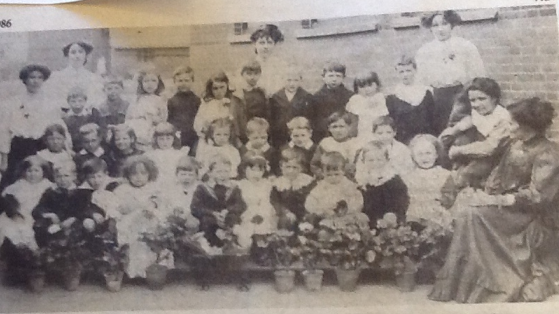 Bernards Heath Infant School was opened in 1906 on Sandridge Road, St Albans with 150 children on roll. The Head Teacher was Miss A Mitchell and she remained at the school for 25 years, upon her retirement Miss R Joyner became the Head Teacher.

In the 1940s the numbers increased at the school so much that two classes had to move to Culver Road Hall to have their lessons. In 1953 the school kitchen was upgraded so that school meals could be prepared and cooked on the premises. The ‘waste’ land at the back of the school was made into a school playing field and during this year a school uniform was introduced.

Later in the 1960s the main school building that we know today was developed to allow for an increase in pupil numbers. The Head Teacher at this time was Miss Clements and she led the school from 1961 until 1988. When Miss Clements retired, Mrs Scruton was appointed Head Teacher in September 1988 and she spent 19 years at the school introducing the National Curriculum to the school and managing some quite major changes to the way the children were taught. Mrs Scruton retired in July 2007 and Mrs Thomas-Burton was appointed as the new Head Teacher.  In 2015 Mrs Rimmer, our current Head Teacher took over the headship at Bernards Heath.

We have continued to improve the teaching spaces in the main school building and we are very proud of the standard of facilities that we offer to children and parents. Each class has its own dedicated classroom with ICT equipment and outside gardens.

We enjoy playing host to a variety of visitors who broaden the learning experiences for our children. These have included parents sharing their skills including composing music and information about their religion or jobs. On Alban day we all dressed in yellow and blue and had a visitor in assembly to talk about the story of St Alban.

We use the local environment to provide first hand experiences for children. A target group of children have visited the library with their parent volunteer reading partners; children have also visited the clock tower, cathedral and St Saviours church.

We have very effective links with Bernards Heath Juniors and the Head Teachers from both schools work together regularly, reviewing policy and sharing information. We are committed to a smooth transition and in Year 2 links become stronger and more frequent in preparation for the move to Year 3. To find out more about the Junior School follow the link.

This website uses cookies to improve your experience while you navigate through the website. Cookies that are categorised as necessary are stored on your browser as they are essential for the working of basic functionalities of the website. We also use third-party cookies that help us analyse and understand how you use this website. These cookies will be stored in your browser only with your consent. You also have the option to opt-out of these cookies. Note, opting out of some of these cookies may affect your browsing experience.
Necessary Always Enabled
Necessary cookies are absolutely essential for the website to function properly. This category only includes cookies that ensures basic functionalities and security features of the website. These cookies do not store any personal information.
Non-necessary
Any cookies that may not be particularly necessary for the website to function and is used specifically to collect user personal data via analytics, ads, other embedded contents are termed as non-necessary cookies. It is mandatory to procure user consent prior to running these cookies on your website.
SAVE & ACCEPT